On May 20, 1936 the first Gibson was shipped with a pickup in it. It is known today as the ES-150. One note: they did initially test the pickup out on their lap-steel guitars first, but the real success didn’t hit until this launch. Mind you, they were already one of the most premier manufacturers of guitars at the time, so they had a lot of power to alter the future. 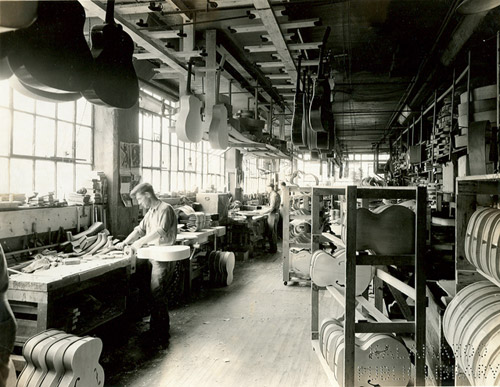 You may hear talk of the Kalamazoo plant in Michigan. This is the original plant, where the die-hard enthusiasts go goo-ga over. Its the place where all the golden years guitars were made. It was closed in 1984, so that all facilities would be moved to Nashville, now known as Gibson USA, which was built in 1974 to only make the Les Pauls.

In ’46 Gibson came out with their P-90 pickups and a whole new tiger was unleashed. Pretty soon their ES5, a three pickup guitar, and the ES-175, the first sharply cut body of a guitar, were unleashed, and the prosperity ensued. 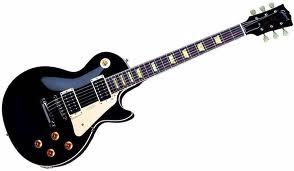 Many of you may be more familiar with their Les Paul guitar, the SG, or the ES-335. All are very well known to guitarst since the 60’s. Everyone has played them, Jimmy Page, Angus Young, Duane Allman, Zakk Wylde, BB King… the list could go on for a long time, and I’m sure some of you may even be able to suggest some?

At this time, the Flying V, Firebird, and Explorer were also introduced. 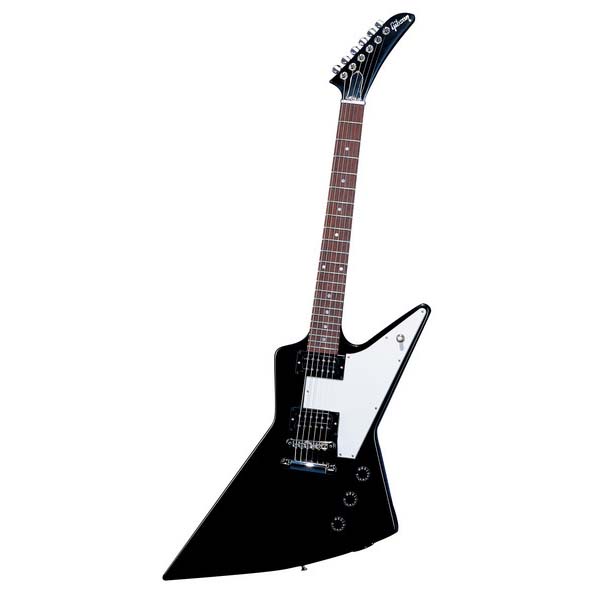 Although they’re more extreme than both the SG and the Les Paul, they’re both still very solid guitars.

At the start there was a bit of a mix up with naming the Les Paul and the SG. First, the traditional Les Paul came out for a few years it was made exclusively, and then they introduced a new Les Paul, now known as the SG, but it was the only thing produced for a year or so. Quickly Gibson knew that the Les Paul was needed, so they continued to produce the two of them, using the name SG to represent their new model.

One thing forsure, that has stayed constant through all of Gibsons guitars, heavy is better! I hope you enjoy.