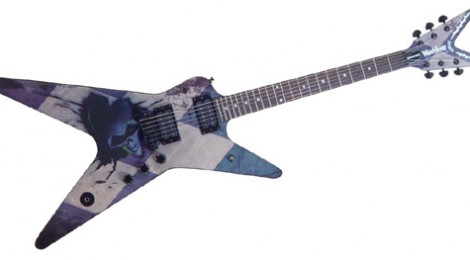 The Washburn Stealth guitar has a very interesting history. It was started in 2000 by Washburn Guitars for Dimebag Darrell of Pantera, and Damageplan mainly, some of you may know Rebel Meets Rebel, a bit of work Dimebag and Vinnie Paul did with David Allen Coe..

The Stealth was a copy of the Dean ML guitar, except with sharper points on most versions of the guitar, and the Washburn Dime3 headstock. It is also fairly similar to the Gibson Explorer

I’m surprised there isn’t much lawsuits on this, for that reason alone, but in 2004 Washburn discontinued the model as Dimebag went back to Dean guitars where they started making a custom one for him again. 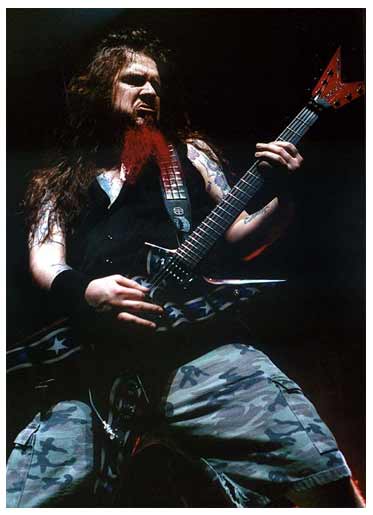 The Stealth looked as badass as it played, and there was no better player for it than Dimebag.

The Stealth had the following specs, which of them Dimebag picked and choose how he wanted each of his customs made, to which he had  bunch.

The body is mahogany, with a rosewood fingerboard holding 22 jumbo frets. There is a three way toggle switch controlling the Seymour Duncan Dimebucker / Seymour Duncan ’59 pickups, with two volume and one tone knobs. The guitar comes with a Schallar Floyd Rose tremolo. The neck starts as a V, and tapers gradually to a C at the set neck joint. It also comes with Grover 18:1 tuners. 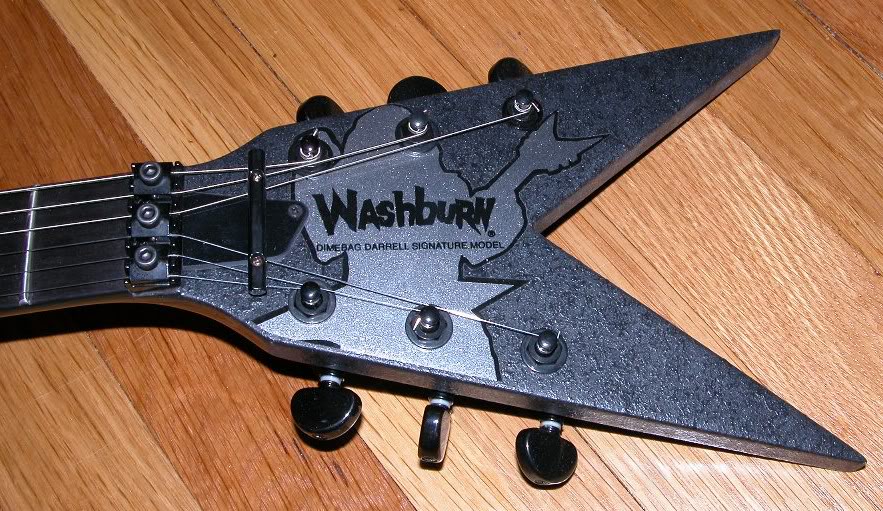 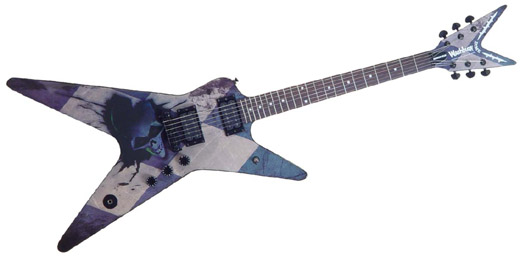 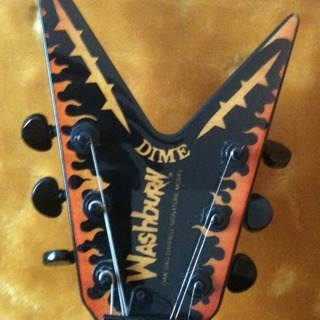 What do you think of the guitar? Would you play it?