So now the strings are all on, and you have been cleaning the whole time. 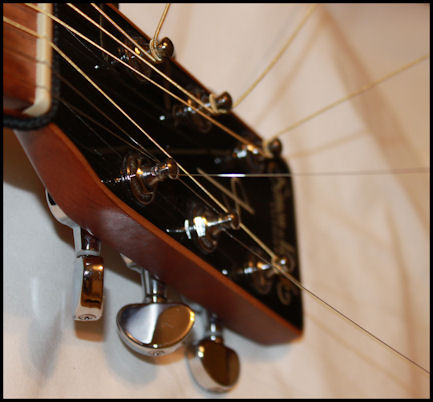 Your bridge should be nice and tidy too.

Some folks prefer to chop off the stings. If you don’t like to do this, than you can always take your fingers and pinch the string and pull back on it to curl the string, that’s also a cool look. When cutting the strings, make sure that you don’t cut them to close to the tuning pegs, if you do, your string will probably start going backwards, looser, and going out the hole on the other side. Very big pain if this happens, and you’re most likely going to have to buy a new string. So, cut the string at least level with the top of the peg. 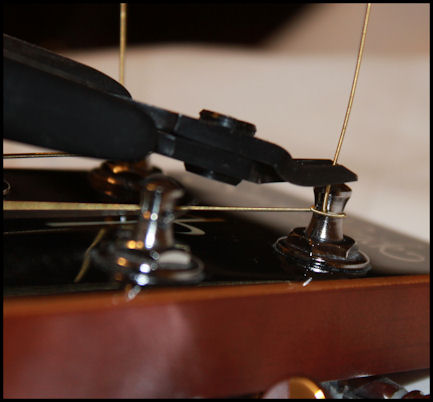 Now you’ll have something that looks nice and tidy, Professional one might say. 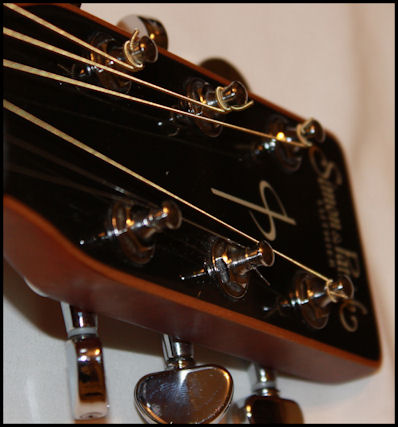 With the old strings, its best to just wrap them up into a circle, twisting it in among itself, and put it back into its case it came in. Some places you might be able to recycle the metal. If there are any such places, I’d love to know about it. 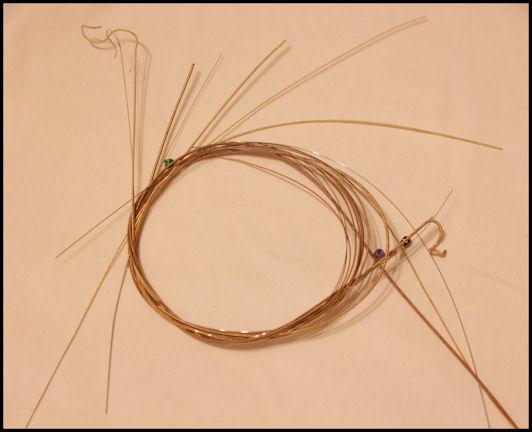